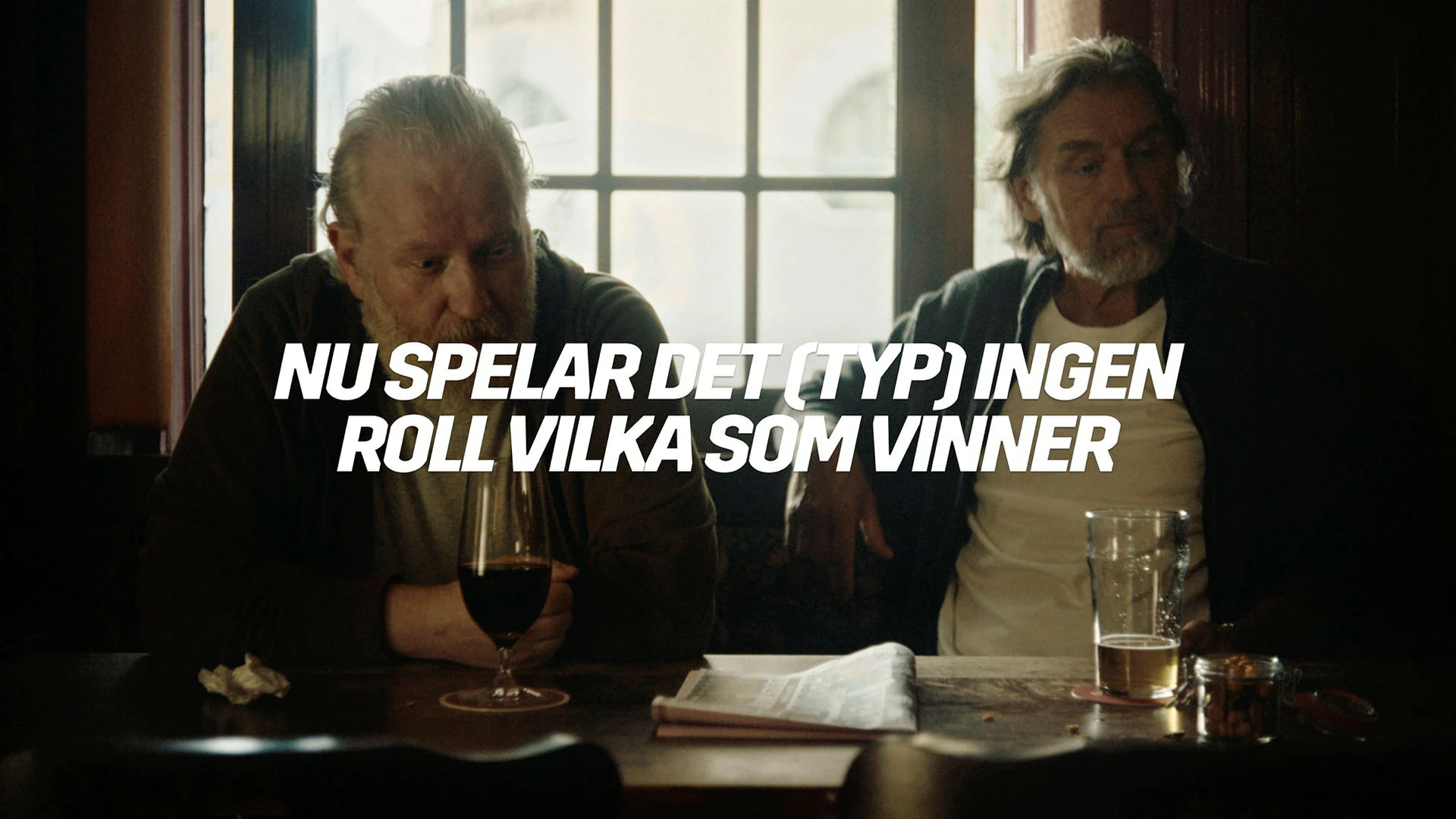 Yesterday, Svenska Spel's new campaign and game "Fullträff" launched: "Many in the team are avid football supporters", says Jeremy Phang at Perfect Fools, one of the creatives of the campaign.

Now it no longer matters which team wins. That's the gist of Svenska Spel's new sports game and its accompanying campaign, which they hope will pique the interest of sports players and supporters.

- Which team wins or loses is what football is all about. But with Fullträff you bet the number of goals in the match, which shifts the core of football. For example, you don't want your favourite team to lose, but at the same time you might win 50 million if you bet correctly, says Monica Sandström, brand manager at Svenska Spel Sport och Casino.

The main message of the campaign goes "Now it (kinda) doesn't matter who wins" and is created together with Perfect Fools. Through video and radio, people exposed to the campaign will meet supporters who explain that they no longer care which team wins.

- Many of the team are die-hard football supporters, so it's with mixed emotions that we are saying that it doesn't matter who wins, says Jeremy Phang, Perfect Fools.

The campaign will run on TV, out of home, on sports sites and Sportbladet.