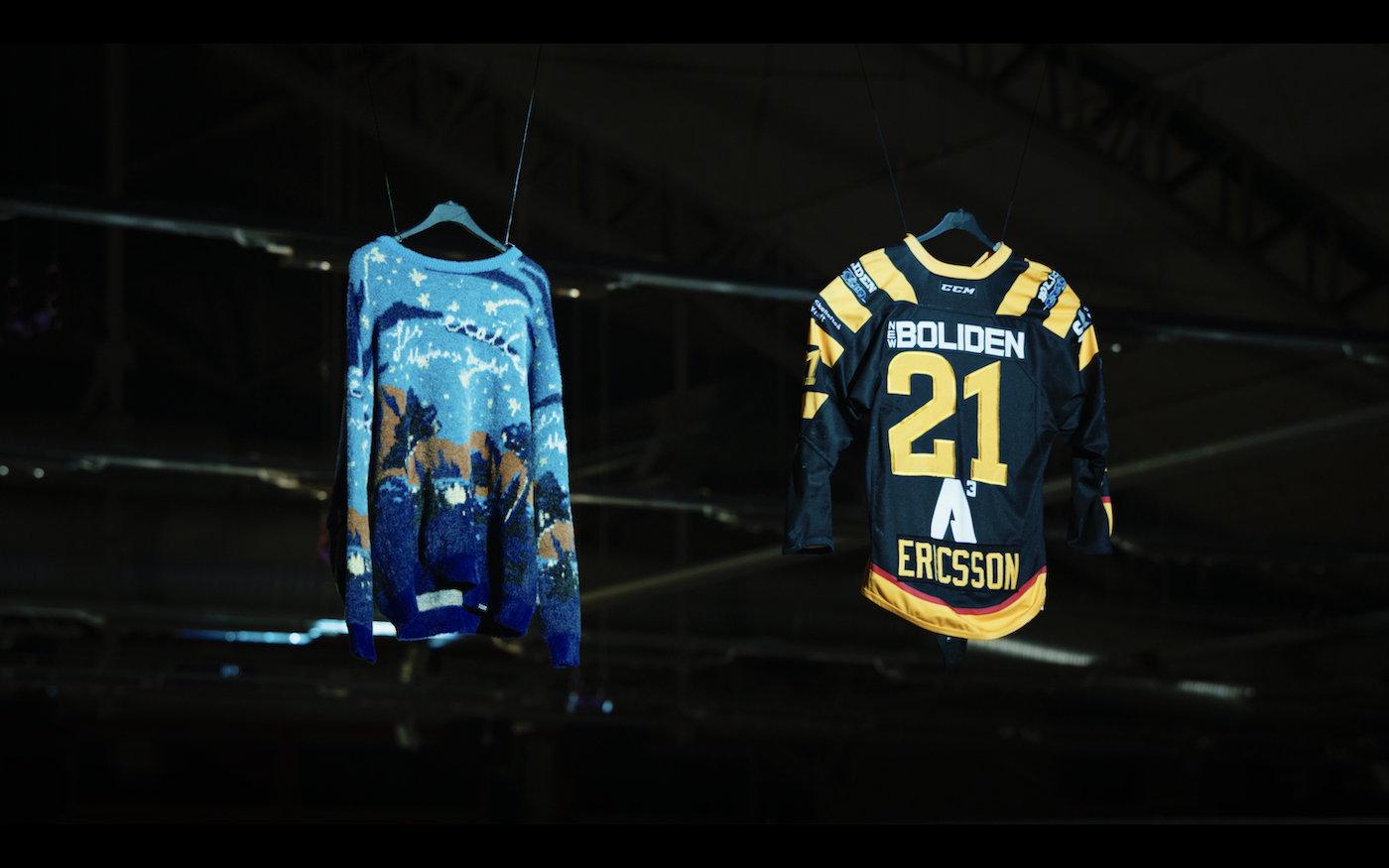 The biggest stars in ice hockey have their jerseys raised to the rafters in their home arena. It’s the ultimate recognition from the club. Now Oddset and the SHL team Skellefteå AIK are taking the same approach in a campaign to pay tribute to those who really do make a difference at home – the fans.

Oddset has been a natural part of Swedish ice hockey for decades by supporting both Tre Kronor and Swedish club teams. Now it's teaming up with Skellefteå AIK to pay tribute to all supporters, as statistics show that home supporters contribute the most goals, assists and points.

- Within our motto "Den som vet mest vinner mest” (roughly translated to “Those who knows the most wins the most”), we want to show both heart and brain in our solutions, and then sprinkle a little sparkle on top of that. I think we have succeeded with that in this campaign, says Ken Söderqvist, Brand Manager at Oddset.

The “supporter jersey” hangs in the ceiling next to Jimmie Ericsson's match jersey, a player who left the ice with two Swedish Championship golds, one Olympic silver, one World Cup gold and 15 seasons with Skellefteå AIK. Jimmie's jersey and number were retired ahead of the SHL premiere earlier this year.

- Oddsets communication always contains a lot of quirkiness. In this film, we took advantage of that emotional aspect of the raised jersey, added some humor on top of that, and then landed on something emotional again. The fact that the club celebrates the supporters as second after Jimmie Ericsson shows that they value the supporters as much as the stars on the ice. That’s pretty beautiful, says Petter Esbjörnsson creative at Perfect Fools.

The campaign will run on TV and digital channels throughout the SHL season.