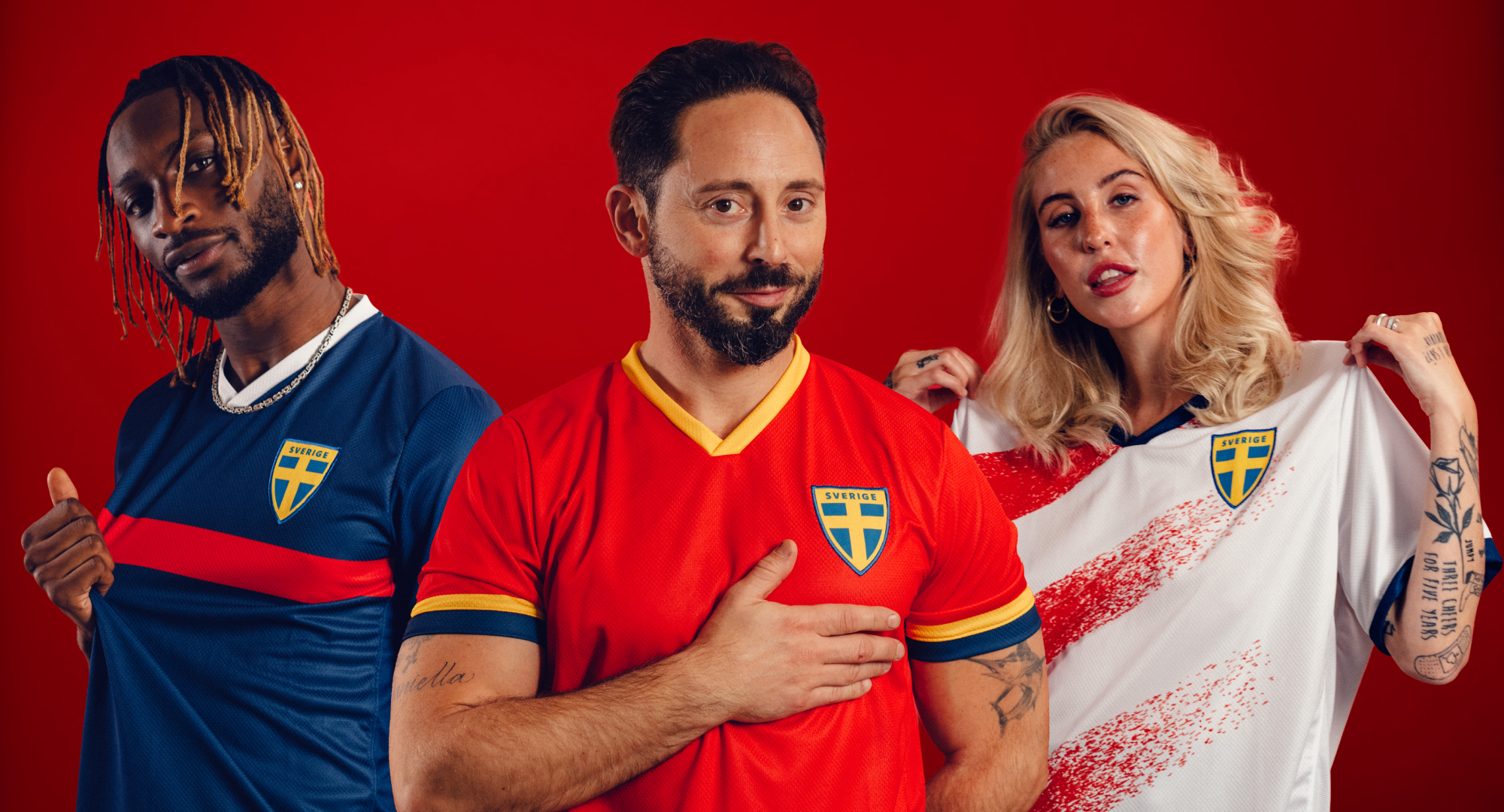 Sweden as a country has many people with hearts that beat for several national teams. There are a lot of Swedes out there who, in one way or another, have a connection to one of the 32 countries participating in this year's World Cup - a country they can cheer for now that Sweden is not participating. That's why Oddset is launching the campaign "Which is your second team? to put the spotlight on all the other national teams we Swedes cheer for.

To help football fans overcome the disappointment of Sweden's absence from this year's World Cup, Oddset is launching a campaign encouraging Swedes to connect with, and choose, their second team. By sharing facts and knowledge about the participating national teams during the championship, the aim is to make choosing a second team easier.

At the heart of the campaign are 32 different national team jerseys - but with one rather big change. The shirts feature the colours of the World Cup teams but with the Sweden emblem at the heart. It will be a way to unite the countries and for fans to show which two national teams they are a little extra passionate about. Ambassadors for the campaign are artists Peg Parnevik and Migi and actor Matias Varela, who are all cheering on their second team in this year's World Cup.

- There are many Swedes out there who have a connection to one of this year's World Cup countries. It could be that you have roots in another country, are very fond of Japanese cuisine, have a holiday home in Spain or are an Anglophile and love the English culture. Whatever the case, there are options to cheer for now that Sweden is out. That's why we're launching this campaign. Because we know that it will be more fun to follow the championship if you have a national team to follow a little extra, says Ken Söderqvist, Brand Manager Oddset, Svenska Spel Sport & Casino.

The campaign is produced by Perfect Fools and will go live on both TV and digital channels during the championship.

- Of course it's a shame that Sweden isn't in the World Cup, but that's the way it is now and you have to make the best of the situation. Good football is still good football and it's always fun to follow. And of course it's even more fun if you cheer for one of the teams. Maybe take a classic underdog, like Wales? They've got a nice flag. It doesn't have to be any harder than that, and that's what's so great about this campaign. It shows what a unifying force football can be, and that Sweden as a country has plenty of national teams, says Karl Nord and Petter Esbjörnsson, the creators behind the campaign.

The 2022 World Cup will be held in Qatar from 20 November to 18 December. For all the fans out there, Oddset's special World Cup shirts are available to buy at dittandralag.se and cost 99kr.