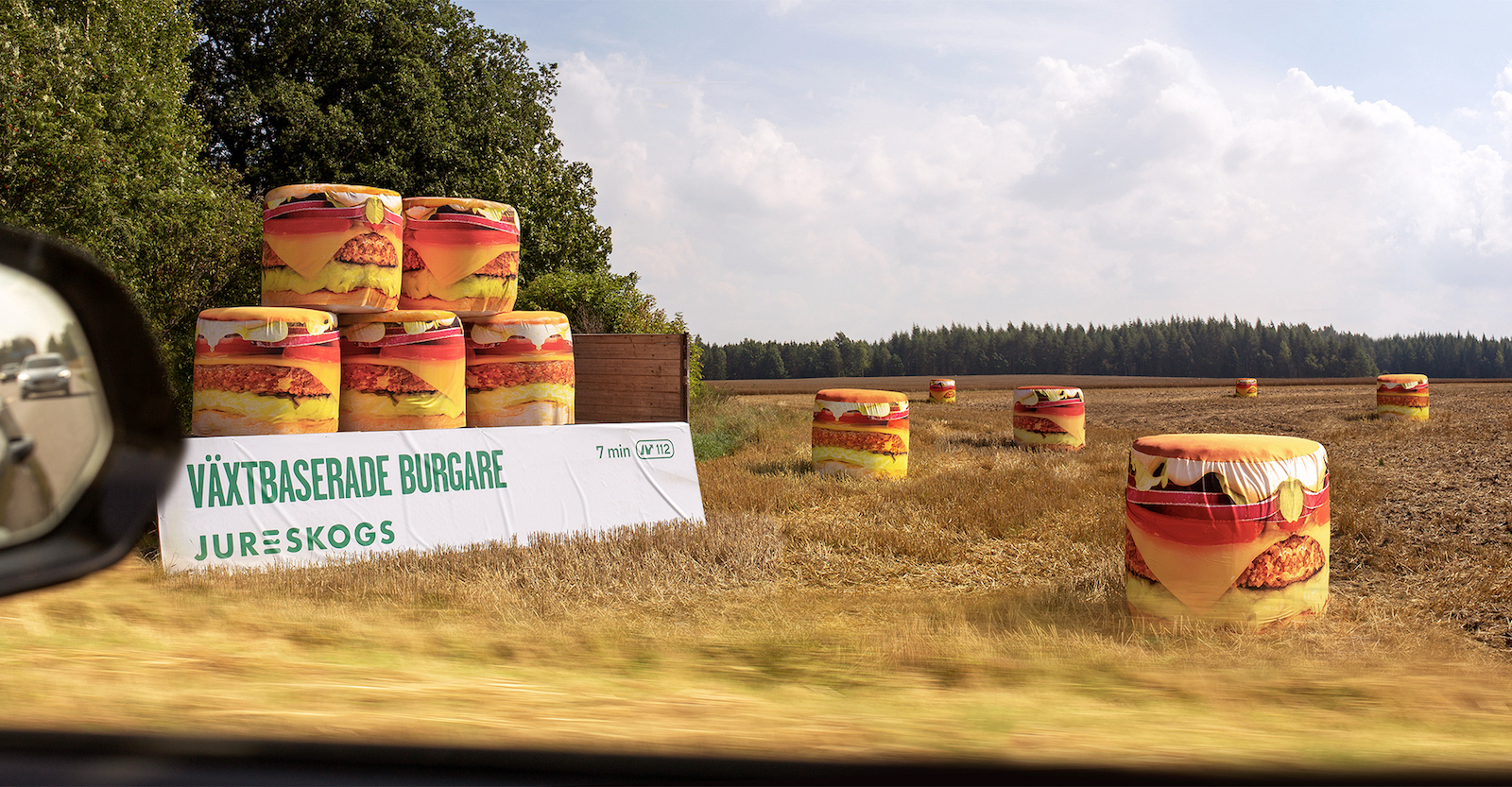 To draw attention to its plant-based burgers, Jureskogs has given silage bales along the roads a new set of clothes. They want to challenge the fast food giants by showing their closeness to Swedish farmers and that a quick meal along the way can be prepared without junk.

- All hamburger chains advertise along the roads. On signs and barn walls. But no one has yet used the most obvious media placement. Which, fittingly, has the shape of a hamburger and is 100% plant-based, says Jeremy Phang, creative at Perfect Fools.

At Jureskogs they work exclusively with Swedish dairy cows for their meat burgers and Swedish producers for their plant-based options.

- The giant plant-based burgers symbolise our huge ambitions. The campaign is a tribute to Swedish farmers, without them we would be just like the fast food giants and our vision for Jureskogs would be impossible, says Anna Ringborg, PR manager at Jureskogs.

The campaign will be visible in several fields along the roads during the year, as a reminder that there is always a better alternative to junk food.